The hike to the cabin is pretty easy, it’s just along Johnson Lake.

View of Cascade mountain at the lake

THE HISTORY OF THE CABIN AND BILLY CARVER: 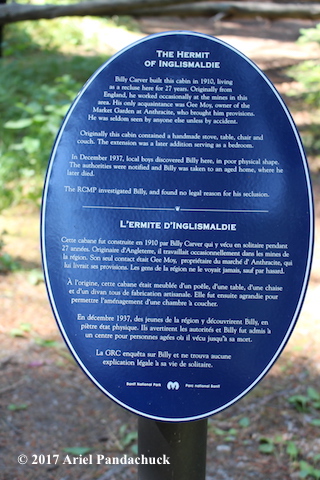 “Billy Carver built this cabin in 1910, living as a recluse here for 27 years. Originally from England, he worked occasionally at the mines in this area. His only acquaintance was Gee Moy, owner of the Market Garden at Anthracite, who brought him provisions. He was seldom seen by anyone else unless by accident.

Originally this cabin contained a handmade stove, table, chair and couch. The extension was a later addition serving as a bedroom.

In December 1937, local boys discovered Billy here, in poor physical shape. The authorities were notified and Billy was taken to an aged hime, where he later died.

The RCMP investigated Billy, and found no legal reason for his seclusion”.

It appears not much is known about Billy besides what is written above. It is quite a mystery why he lived out in the middle nowhere away from people.

As I already mentioned the cabin is just off the trail while hiking at Johnson lake. When you are in the parking lot head straight across the first bridge then you turn left to continue around the lake. Once you make it to a fork in the path and you can see the red chairs across the lake then you turn off the trail to find the cabin. Part of the fun is finding the cabin, good luck! 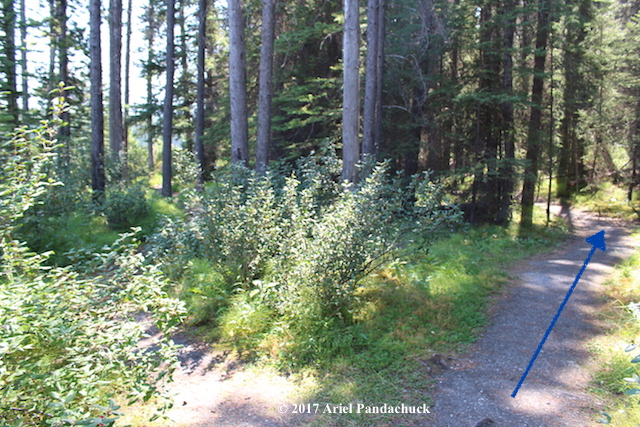 The fork you turn at to go towards the cabin 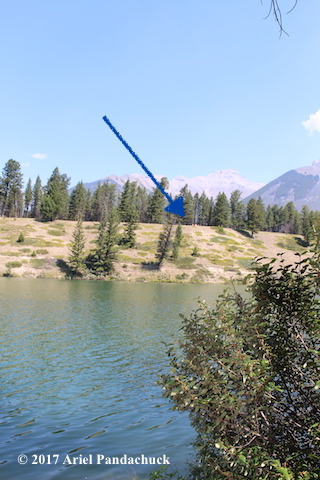 The cabin was really neat to look at and go in. It is quite run down, so be careful. There are still old items left from when he lived there (please, don’t touch or move them!). 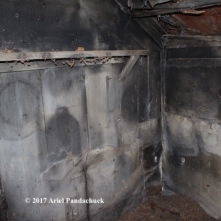 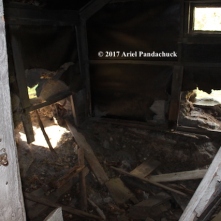 There are holes in the roof 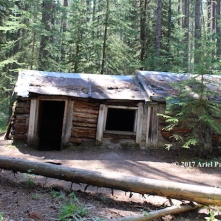 Hole at the back